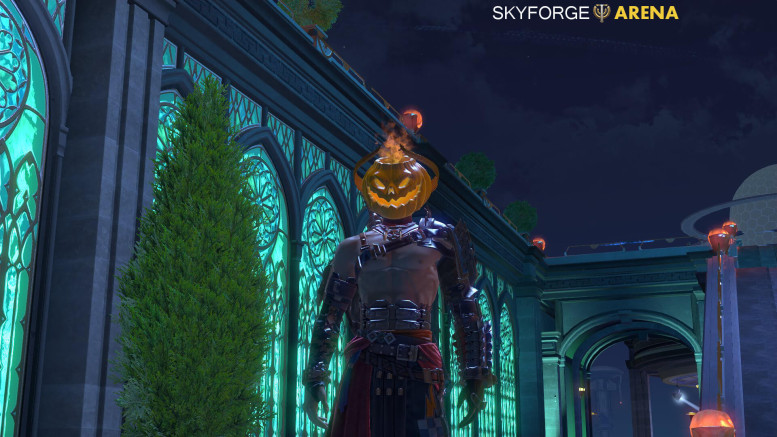 It’s Halloween in Skyforge and that means candy, costumes, pumpkins, candy bandits, and Halloween quests!  Lets dive right into the 8 quests available, how to complete them, and what you get for completing them, then we’ll look at what you can buy with candy!

The Halloween quest is called the “Evil Pumpkin Festival” and it consists of 8 quests.

Once you complete all 8 you get 3 Surprise Pumpkins!

Can you do these 8 quests each day?  Well the event hasn’t been going on very long but so far it doesn’t look like it.  After I completed these quests the next day I got another quest to complete the witches part again where I cast taint 100 times.  So based on this it looks like you’ll get a daily quest to complete but not all 8.

These times do not necessarily reflect your time zone, if you are Eastern add 3 hours to the time.  So on the east coast it starts at 3pm and 9pm.  Once the even starts walk up to the pumpkins and press space, now you’ll have a pumpkin on your head! 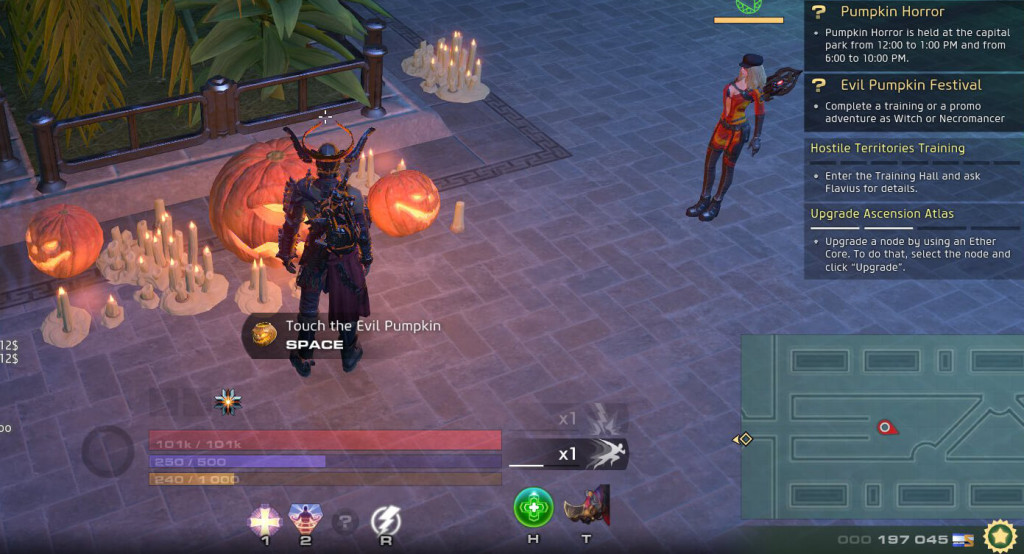 Skyforge Halloween – Get your pumpkin on

Then look for a player without a lit pumpkin on their head and press Q to throw your fire at them!

Now that you’ve finished your Halloween quests, what do you do?  Well first you want to open up your Surprise Pumpkins because they have a chance of giving you one of the following items or more candy.

You can also buy some costumes in the market place with your candy. 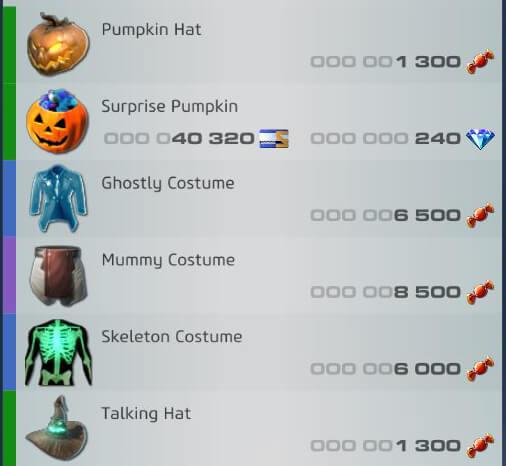 So many surprise pumpkins, nothing but candy… I want a costume!

New player here im confused with no 1 and 6, do i go research center to train or pick it from the map

Hey War, you need to go to the research center and enter the Training Hall then walk up to the witch/warlock or necro class and train as them. If you do it through the map it will pick a random class for you and won’t help you complete your Halloween quests.

love the website, hope u guys can do some pvp guides too