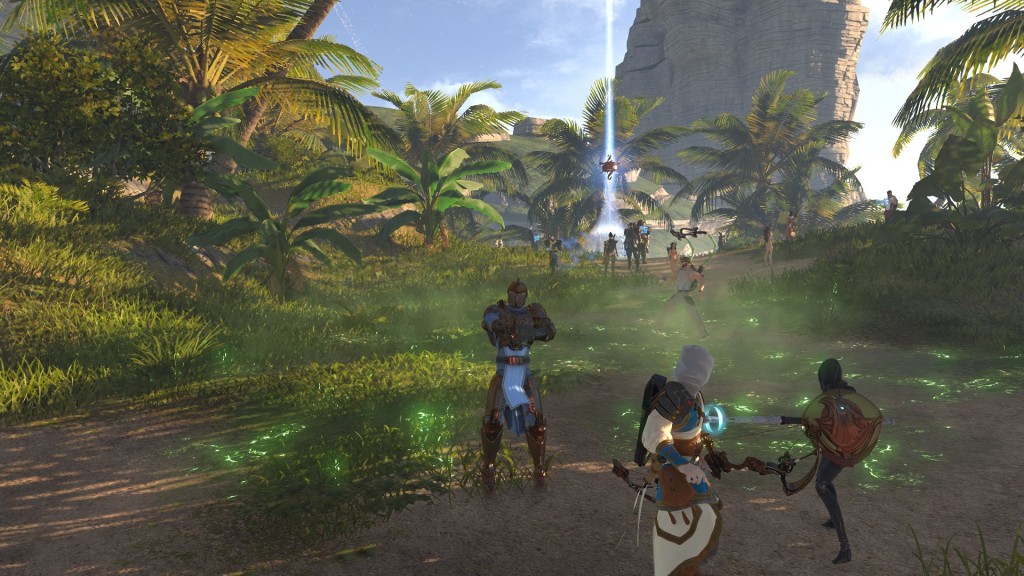 So your friends have been saying how much they enjoy playing Skyforge and that you should play too, now you’ve finally made a character and started playing.  Now that you’re an immortal like your friends you want to play with them but there is one problem, you’re so far behind in prestige!  Actually, this isn’t a problem at all and you will be playing together in no time.

The first thing you need to do is invite your friends to a group, simple enough.  Now the key to queuing with a group is who actually selects the instance and queues everyone.  If the highest players try to queue the group they will be trying to queue at a higher difficulty than the lowest player has unlocked and will be presented with a message saying “One of the group members does not have enough prestige.”  So for this to work the lowest player should queue up the group, yeah it’s that simple.

Keep in mind you don’t need a full group to run the instance, for a squad instance if you and one buddy want to play just click the “Launch” button instead of “Group Finder” and you two will be in your own private instance, but if you’d like a random feel free to select group finder.  Also when you queue with various prestige levels the dungeon difficulty is set to Normal, this doesn’t always yield the best drops for higher level players but at least everyone gets to play together!

Back to the Skyforge Arena Beginners Guide

3 Comments on "Play with Friends"

Can you play campaign with random people?