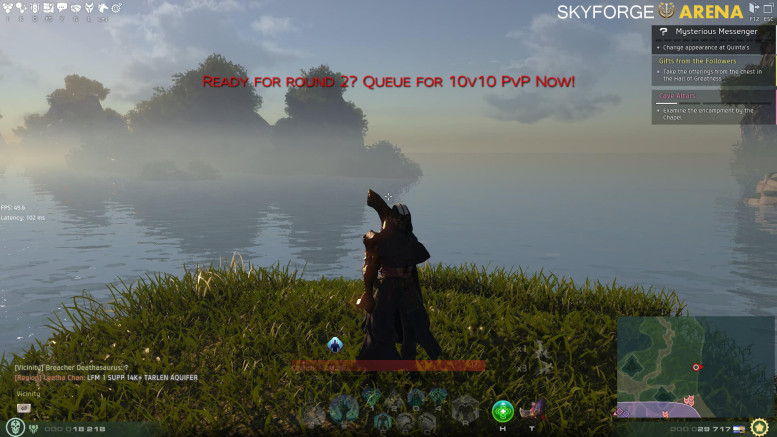 Whether you follow the Skyforge team on twitter @GodsofSkyforge or you’ve been playing and have seen big red letters flash across your screen, you know the Skyforge team likes to get involved with the community and have some fun.  Maybe you’ve even been lucky enough to see those messages from the Skyforge team taunting you to queue for 10v10 PvP and play against them and actually got that chance!  I still haven’t been able to get into the same match as them, but I’m going to keep trying!

After playing so many MMOs throughout the years it is refreshing to play one where you know the people who really impact the games development and design actually do log in and play, especially with the community.  I hope this trend continues because when players see the developers and community members log in and host fun events with the players it creates a thriving community and a successful, long lasting MMO.